The science in your sourdough! 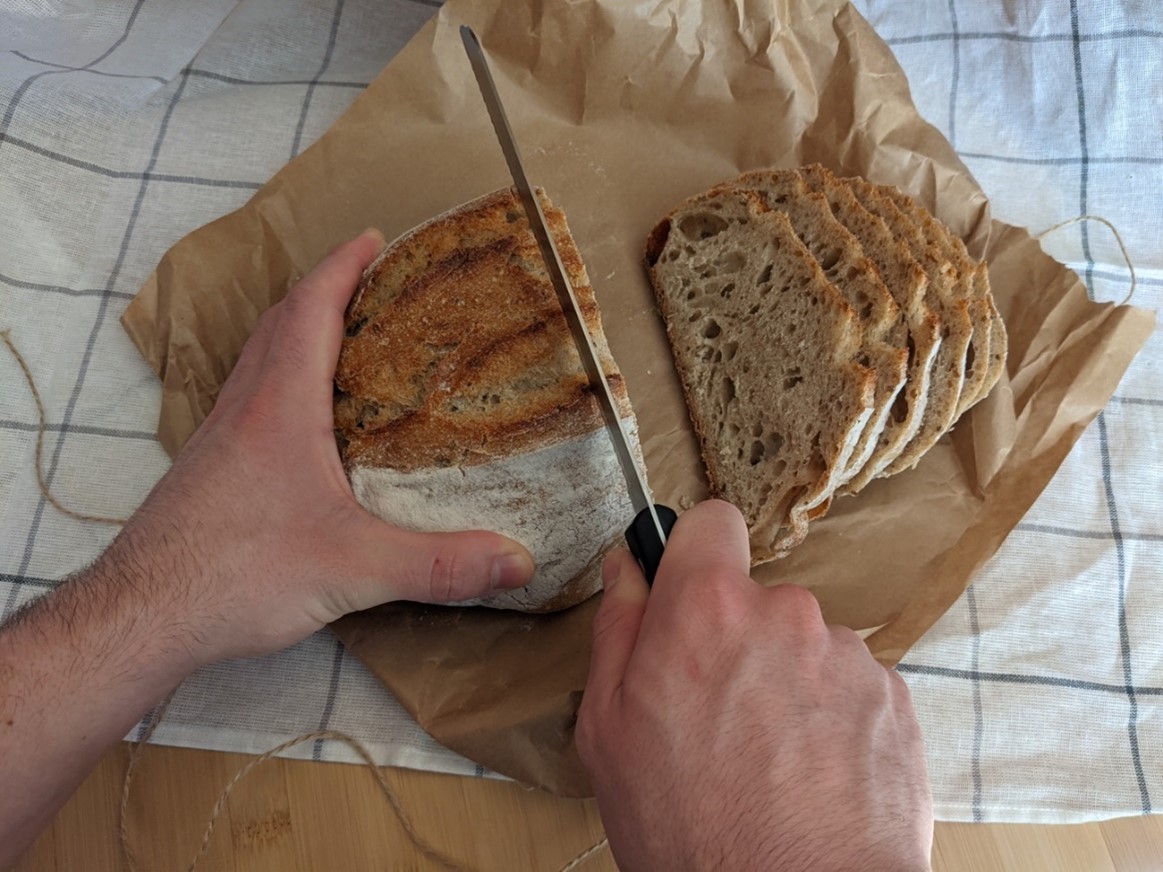 As many others, this lockdown has made me my found new hobbies to do at home, so I decided to take my father in law’s advice, and I started to make my own Sourdough Bread with little hope on the result. I was shocked when I realised how the process of making bread is so similar to my job, but instead of working in the lab it takes place in the kitchen bench.

The first thing I had to do was growing my own Sourdough Starter. That took around 5 days and for that I only needed to add an equal ratio of wholemeal flour and water (Yes! As simple as that). Whole grain flour contains Wild Yeast and Lactobacilli which are the organisms needed in the fermentation of the bread. All you are looking for is to create a nice community of wild yeast and Lactobacilli that will create a symbiosis between them.

Once the starter is ready and active (Figure 1), we can start preparing our bread which is basically a mixture of sourdough started, water, salt and flour. Once the dough is mixed and kneaded, you just have to leave it and the microorganism will work their magic (also known as fermentation in the lab). That can take from 2 to 6 hours depending on the temperature of the room.

As microbiologist, we know that the optimum temperature for yeast to grow is 25oC, so we are aiming for that temperature. This is very difficult to achieve in cold countries like Scotland, especially in winter, but you can always place your dough in a sunny spot, next to the heater or inside your oven/microwave with the lights on (this could be considered our small incubator, like the ones we have in the lab). During this process, the dough should have risen by 30-50% (Figure 2). All is happening inside the bread is two different kinds of fermentation: Wild yeast will perform an alcoholic fermentation using the sugars; yeast will produce ethanol that will be mostly evaporated while baking the bread and CO2 that will be trapped on the gluten structure creating those nice and characteristic holes in the baked bread and causing the dough to rise. Lactobacilli digest the sugars and produce lactic acid that will lower the pH of and give that nice sour flavour to the bread.

Once the bread has doubled size, it is shaped and placed into the fridge for up to 20 hours in order to continue the process with a slow fermentation (by lowing the temperature the microorganisms will reduce their activity making the process much slower than when it takes place at around 25 oC) that is going to improve the benefits of our bread. It has been proven that slow fermentations help to preserve the bread (the low pH of the bread prevent the growth of other non-desirable microorganism and mould) avoiding the addition of additives to the bread. It also helps to reduce the gluten content since the gluten proteins are degraded, making the bread easier to digest compared to the commercial bread, where only a quick alcoholic fermentation takes place, enough for the dough to rise but without the other benefits explained above. It is also known that Lactic acid decreases the content of phytate, which inhibits iron and zinc absorption, increasing the nutritional benefits of our homemade bread.

What it is left to do is baking the bread and enjoy it.