What to do to avoid getting Clostridium perfringens this Christmas 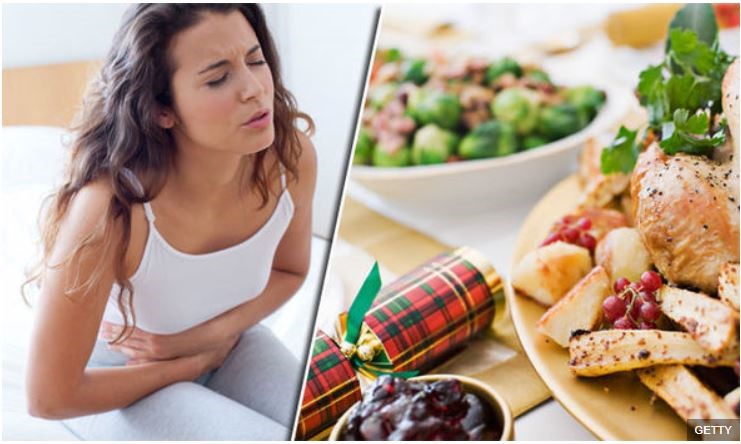 Christmas is for eating! Eating large meals sharing with lots of people. These meals are not our usual day to day fare and if you’re not careful could lead to the case of a bad tummy bug, Clostridium perfringens – which could ruin all the holiday cheer for days or even weeks.

So, what to watch out for when preparing your feasts for your families this year?

So how does it give us problems at Christmas time? Well it happily lives in the intestines of poultry (e.g. Turkey), which is a nice anaerobic (oxygen-free) environment and so comes into the house inside the large turkey purchased for Christmas dinner. C. perfringens is a member of the Clostridium species it is also a spore former which means it can withstand very high temperatures and so will be killed during cooking of the turkey – (even well-cooked turkeys so don’t blame the chef on this one!)

How it gets us, is how we handle the turkey after Christmas dinner is over…..

Here’s a scenario, everyone is full, and no one can be bothered cleaning up; let alone cut up the turkey and store the leftovers safely in the refrigerator. So instead the remains of the full carcass are left on the counter – cooling slowly in the lovely warm kitchen. No one even thinks about that turkey until late Christmas night when a nice cold turkey sandwich sounds appetising and this is where the danger lies. Clostridium perfringens multiply extremely fast in just 6.5 minutes under optimum conditions, within the short period of time of Christmas lunch to late night snack their levels can get dangerously high [3]. With no reheating one can ingest the toxin produced by these bacterium and symptoms typically abdominal cramping, diarrhoea, vomiting, and fever will ensue. The whole course usually resolves within 24 hours, but can last up to two weeks or even death in older or infirm people.

So how to avoid this disaster? Several things could have been done better.

Follow those simple three rules and you and your family will avoid food poisoning from C perfringens, but beware there are two other pathogens closely linked to poultry – Salmonella and Campylobacter – for more information on those bad guys see our blogs ……

Express Micro Science conducts a range of microbiology food testing to help manufacturers identify bacteria in foods. We can test for a range of pathogenic and indicator organisms to look at specific bacteria and to help monitor factories. For more information please click on food testing to see the testing available from us, or please contact us directly.