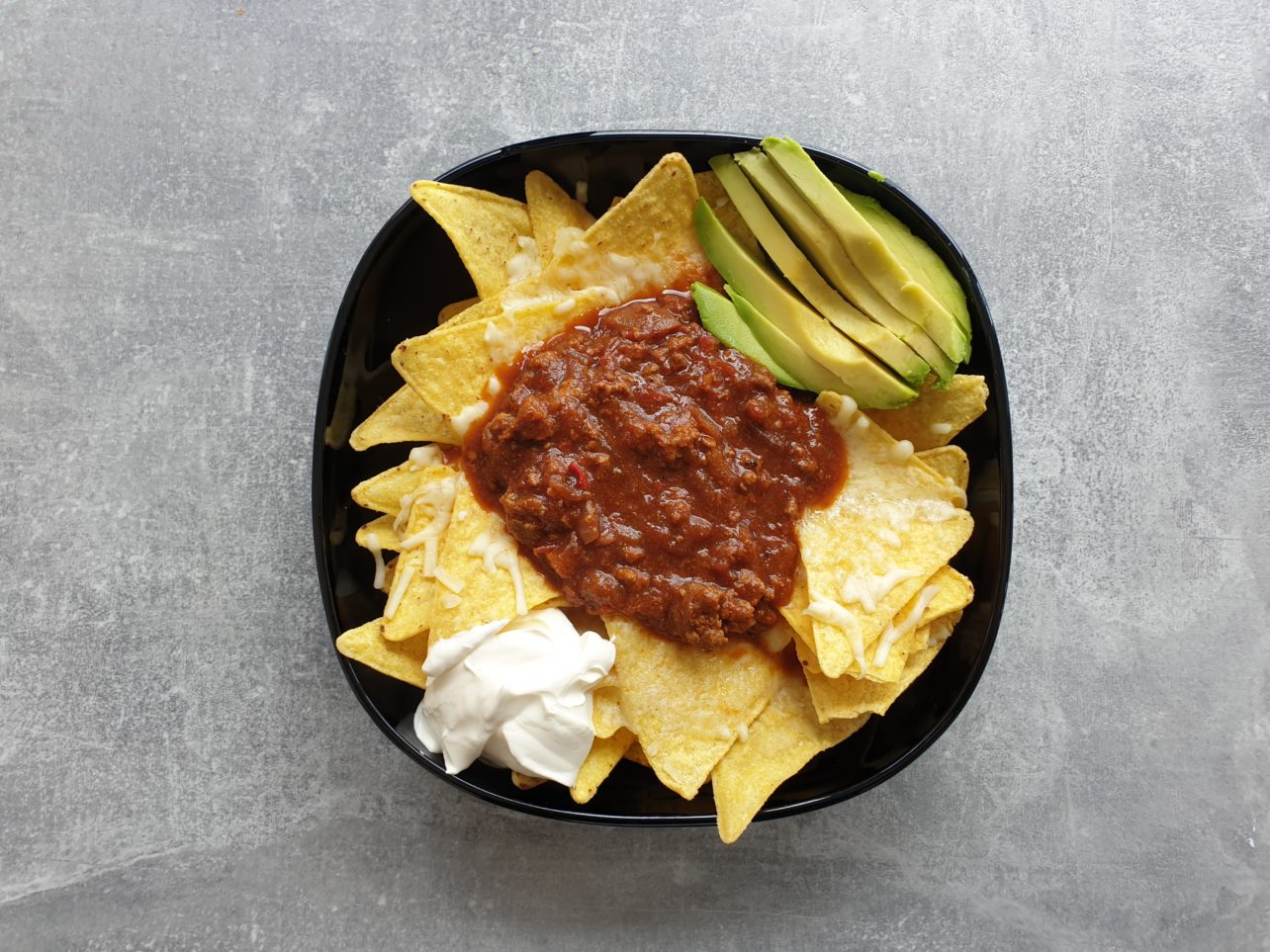 Our second Taste & Test was Transport Manager Alan’s Chilli and the sensory results were encouraging!

Here are some highlights:

The Nutritional results were, however, a little surprising and show why nutritional analysis can be so important.

The chilli was prepared with the view that it would be a main meal portion (albeit an indulgent one). We’re all guilty of piling our plates a little high when it comes to our favourite comfort foods, however the nutritional results came back with one mission: to shame us into sharing portions!

In all seriousness, even if this dish was sold as a starter for 2, it would still be very unhealthy. Tasty, comforting and everything you might want after a tough week, but is it worth it?

In the chilli’s defence there are ways to make it healthier, swap out the cheese and nachos for boiled rice, maybe a quarter an avocado instead of half. Also, unsure what % fat that Alan used but you can get less than 5% lean steak mince. This would all help in making a tasty dish a little less likely to kill us all!

The above would all be ways of making this recipe healthier for at home consumption. However, calories may not be as concerning when dining out for a special meal as you would not be eating this indulgently every day.

It is still valuable to customers to be aware of the contents of their food, if someone has high blood pressure, it would be important for them to try to avoid food high in salt. For most people though the odd cheeky high fat/salt meal would not be the worst thing in the world but with the calories on display they can make an informed choice and decide for themselves if this were what they would like to eat. This chilli was worth the calories.

In the restaurant industry, food portions would have been determined by price of ingredients, staff wages, electricity, rent of property etc. In many eateries, certain dishes can be ordered as a main portion or a starter. This is an option that has been displayed here, with the chilli initially being designed as a main but has been finally presented as a sharing starter for two. Halving the calories per portion but not skimping on taste!