The woman behind the agar in your plates. 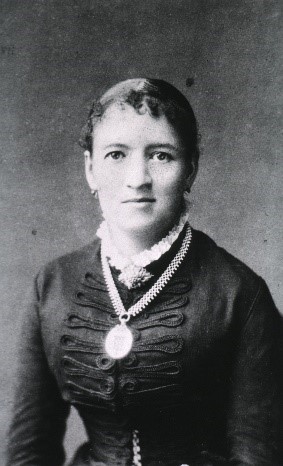 Ever used agar? (Of course you have!) You’ve Fanny Hesse to thank for that. She was born in 1850, though little is known about her early life, and she married her husband, Walther Hesse, in 1874. Walther was a keen country doctor with a passion for hygiene and public health. But, in 1881, he went to study in the Berlin laboratories of Robert Koch, the ‘father of bacteriology’ himself. Fanny, while running the household, cooking the meals and educating their sons, worked alongside her husband as an unpaid technician. She cleaned the equipment and prepared bacterial growth media, which was typically beef broth.

At this time, gelatine was the key ingredient used to solidify the media, but it would melt at 37 degrees C, making this an unreliable base for the bacteria to grow on. Additionally, some bacteria would liquify the gelatin, which was a pitfall for Koch, Walther and their experiments.

Fanny was a keen cook, and was aware of the downfalls of gelatin, through making puddings and jellies at home. While living in America, a neighbour had introduced her to the gelling agent, agar, and its ability to maintain its gel state at warmer temperatures. After suggesting the substitution of gelatin for agar to her husband Walther, Koch began to use agar in his experiments to cultivate the bacteria that cause tuberculosis.

In 1882, Koch published a paper on tuberculosis bacilli. In the paper, Koch mentioned his switch to agar from gelatin, without any reason for the substitution, and did not credit Fanny or Walther for their discovery. The use of agar instead of gelatin was a huge step forward for microbiology, as without it, scientists would not have been able to grow microbes at higher temperatures, which would have resulted in a huge gap in our knowledge of bacteria and its behaviour.

Though the Hesse’s were overlooked at the time for their contribution to science, there is, fortunately, plenty of information about Fanny and Walther online – Fanny even has her own Wikipedia page. In recent years, she has been dubbed the ‘mother of microbiology’ for her breakthrough, without which microbiology would be at a loss. So, next time you reach for the agar, send some gratitude to Fanny Hesse, and remember that many great scientific discoveries had even greater women behind them.