Salmonella enteritidis and testing for the vaccine strain 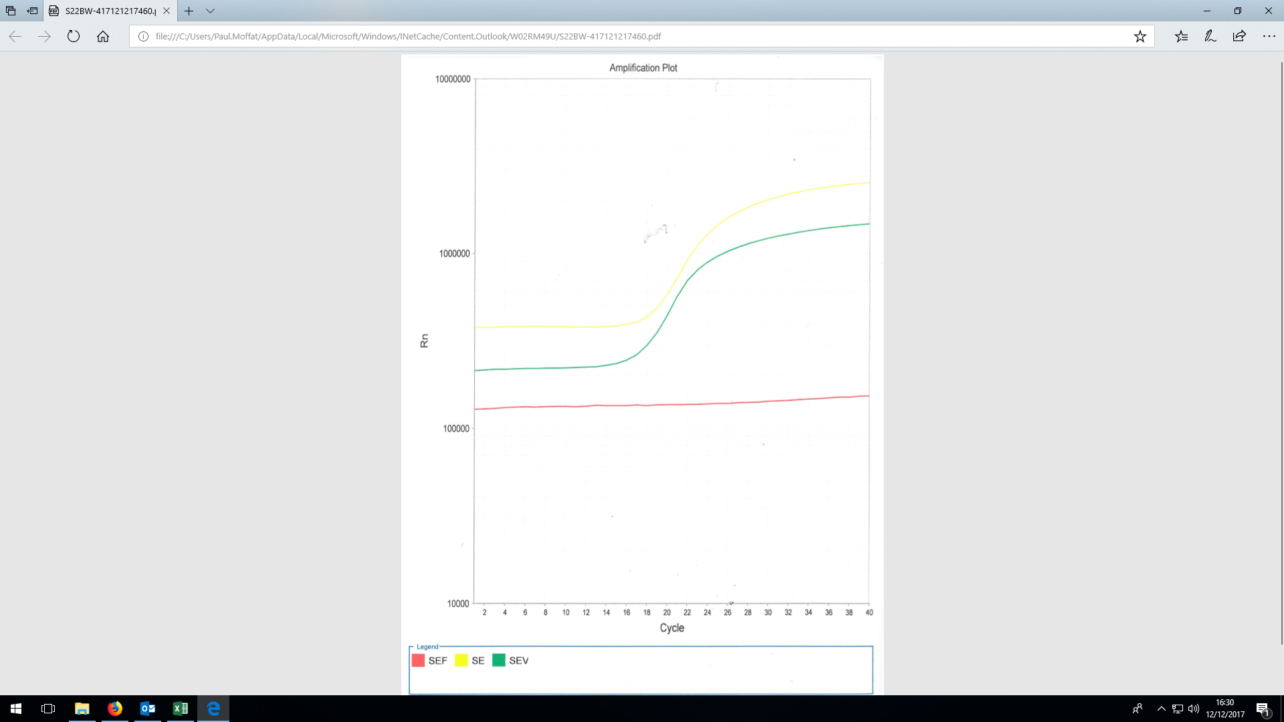 Salmonella enterica subsp. enterica is a rod-shaped, facultatively anaerobic gram negative bacterium that has several subtypes called serovars, which are the primary cause of Salmonella infections in humans, also known as salmonellosis. Salmonellosis is the second most common foodborne disease after campylobacteriosis. Common symptoms are diarrhoea, fever, vomiting and abdominal cramps 12 to 72 hours after infection.

One serovar, Enteritidis, is responsible for over 40% of total recorded human infections worldwide. The primary reason is the vertical transmission or zoonosis of Salmonella enteritidis between galliformes (ground-feeding birds, such as chickens, turkeys and pheasants) and humans because of the worldwide consumption of poultry meat and associated products e.g. eggs.

Between 1981 and 1991 the numbers of Salmonella infections rose by 170% in the UK, primarily due to an epidemic of Salmonella enteritidis. An industry-led vaccination scheme began in breeding flocks in 1994 and in laying flocks in 1998. Mass vaccination has continued for breeders subscribing to the Lion Quality Code of Practice and using the Lion Mark on eggs, which account for approximately 85% of the UK market. As a result of this and other control measures, the number of cases fell eight-fold from 1.6 cases per 1000 persons per year from 1993 to 1996 to just 0.2 cases per 1000 persons per year in 2008 to 2009. The number of lab-confirmed cases dropped from 18000 in 1993 to just 459 in 2010.

Express Micro Science utilises two different PCR kits that can detect and differentiate different commercial vaccine strains of Salmonella enteritidis such as Salmovac SE, Salmovac 440 Gallivac SE and AviPro SALMONELLA VAC E. For more information on the testing we can perform on poultry, please contact us.