The story of Mary Mallon, the first asymptomatic carrier in history

The real story of Typhoid Mary. 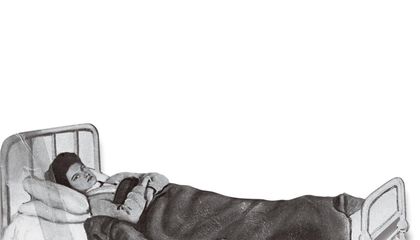 Due to the COVID-19 global pandemic we are currently facing, everyone is probably quite familiar with the terminology “asymptomatic carrier” and what that means, but back in the early 20th century this concept was unknown even for healthcare workers.

That brings me to the story of Mary Mallon, the first known asymptomatic carrier of Salmonella typhi in history. Salmonella typhi is an enterobacteria that is spread by eating or drinking food or water contaminated with the faeces of an infected person. She infected at least 51 people with typhoid fever, three of whom died, while working as cook in the US.

Mary was born in 1869 in Ireland and as many other, she emigrated to the US in 1884 at the age of 15. She had worked in different domestic position until she became a cook. She worked as a cook for wealthy families from 1900 to 1907 in the New York city area, seven of which contracted the disease. No one suspected from Mary (not even Mary!) until August 1906, when she started to work for a wealthy banker´s family. She went along with the family to Oyster Bay, where they rented a house to spend the summer holidays. 6 of the 11 members of the family were infected while vacationing there.

Typhoid fever was seen as a disease of crowded cities, associated with poverty and lack of basic sanitation. The landlord, concerned that the outbreak would prevent him from renting the summer house again, hired a sanitary engineer in order to investigate the source of the outbreak to determine the cause. Everything tested from the house (plumbing, faucets, cesspool, etc…) came up negative, narrowing down to Mary Mallon, the cook that has worked for the family during the outbreak. He unsuccessfully tried to obtain samples in order to prove his theory. Consequently, he gathered information about all the infections while Mary was working for the different families she had worked, providing enough evidence to notify the New York City Health Department. This organization determined in March 1907 that she was a public health threat and was forced to quarantine in a Hospital. After 3 years, Mary was released of the quarantine with the only condition of not working as a cook anymore, but she never abided to the rule.

In 1915 Mary, using a fake surname (Brown), started again to work as a cook in  Sloane Hospital for Women in Manhattan, where she infected 25 people, and 2 died. Since this episode she was stigmatized as “Typhoid Mary” and she became the centre of jokes.

After that episode, Mary was confined again to North Brother Island, where she spent the rest of her life in isolation, until she died of pneumonia at the age of 69.

Nowadays, the expression “Typhoid Mary” is used to defined anyone that spread a disease or brings bad luck.  Her story has inspired theatre plays, documentaries, books, etc.